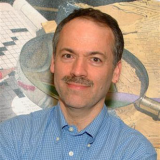 Born in Crawfordsville, Indiana, Will Shortz published his first puzzle when he was only 14. By age 16 he had become a regular contributor to Dell puzzle publications. Shortz is the only graduate of IU -or any academic institution- to hold a degree in "enigmatology."

After graduating from IU with his degree from the Individualized Major Program in 1974, he attended law school at the University of Virginia, and then returned to the puzzle world as editor of Games magazine. Will has been the puzzle master for NPR's "Weekend Edition Sunday" since the program's start in 1987, crossword editor of The New York Times since 1993, editor of Games magazine for 15 years, and the founder and director of the American Crossword Puzzle Tournament, which has been held annually since 1978. He also founded the World Puzzle Championship in 1992, and co-founded the World Puzzle Federation in 1999.

Shortz has contributed riddles to the 1995 movie "Batman Forever," was named one of "The 100 Best People in the World" by Esquire magazine, and served as a visiting professor at IU through the Wells Scholars program.

Shortz has written or edited more than 200 books of crosswords, Sudoku and other brain teasers. He was the subject of the acclaimed 2006 feature film "Wordplay," celebrating the phenomenon of Shortz' crosswords in The New York Times, which reach an estimated 50 million people each week. Shortz was awarded an Honorary Degree, Doctor of Humane Letters, by Indiana University in 2018 at its undergraduate commencement ceremony.