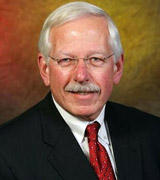 M. Plater earned his PhD in American literature at the University of Illinois at Urbana-Champaign, where he was also Associate Director of the School of Humanities. His scholarly work has focused on literary criticism and interpretive theory, contemporary fiction, and the social uses of literature. His critical analysis of the fiction of Thomas Pynchon is among the most widely cited studies of one of America's most important authors.

Plater joined Indiana University as Professor of English and Dean of the School of Liberal Arts at IUPUI in 1983 and became Executive Vice Chancellor and Dean of the Faculties in 1987, a post he held until June 2006, when he was named Chancellors Professor.

As an administrator, Plater's intellectual work has focused on the civic engagement of universities in their communities, leading to his faculty appointments in the School of Public and Environmental Affairs and the Center on Philanthropy. Recent publications have explored the roles and responsibilities of universities in transforming the communities of which they are a part. Plater's current work addresses the growing importance of the global context in shaping local communities and in changing expectations of citizenship in this emerging environment. Plater directs the Office of International Community Development, a joint program of the Center on Urban Policy and the Environment and the Center on Philanthropy of the School of Liberal Arts. His work in civic engagement has been recognized with several local, state and national awards, including the establishment by the American Association of State Colleges and Universities of the first nation-wide, annual award for university provosts.

Plater was the architect for developing service learning and civic engagement at IUPUI. He was instrumental in starting the Office of Service Learning in 1993, forming the Task Force on Service, designating campus scholarship funds to create the Sam H. Jones Community Service Scholarship Program, contributing to scholarly work, and convening faculty to define and document civic engagement as an integrated aspect of faculty work. Under his leadership, IUPUI was included on the Presidential Honor Roll for Community Service in 2007. In 2006, the Center for Service and Learning created the Plater Medallion to recognize exemplary student civic engagement at IUPUI. The Center for Service and Learning is indebted to him for his vision, support, encouragement, and guidance during its development.