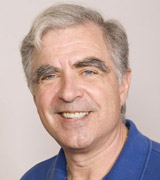 James L. Perry is Chancellors' Professor in the School of Public and Environmental Affairs (SPEA) and Adjunct Professor of Philanthropic Studies and Political Science at Indiana University. He has also held faculty appointments at the University of California, Irvine, the Chinese University of Hong Kong, and the University of Wisconsin, Madison. In 1992, he served as special assistant to the Assistant Secretary for Personnel Administration, U.S. Department of Health and Human Services. In 1999-2000, he was senior evaluator at the Corporation for National and Community Service. In 2006-2007, he served as Fulbright Distinguished Lecturer at Yonsei University in Seoul, South Korea and a Senior Postdoctoral Fellow at Katholieke Universiteit Leuven, Belgium. He received an undergraduate degree from the University of Chicago and M.P.A. and Ph.D. degrees from the Maxwell School of Citizenship and Public Affairs at Syracuse University.