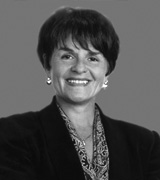 Professor Champion received a B.S.N., M.S.N, and a D.N.S. from Indiana University. She joined IU in 1981 and is currently the Associate Dean for Research, Director of Cancer Control, and the Director of the Mary Margaret Walther Program for Cancer Care Research. She became the Mary Margaret Walther Professor of Nursing in 1996 and became a distinguished professor in 2001. In 2006, she became the Edward W. and Sarah Stam Cullipher Endowed Chair.

Dr. Champion is a nationally recognized expert in behavioral oncology and her program of research has been consistently funded for over 20 years by the National Cancer Institute, the National Institute for Nursing Research, and the American Cancer Society. Her leadership in Cancer Prevention has made a significant contribution in sustaining the Mary Margaret Walther Research Program of the Walther Cancer Institute. Dr. Champion's most notable work of the last twenty years has been her program of research related to identification and testing of interventions to enhance adherence with cancer screening behaviors.

In 1990, Dr. Champion was elected a fellow of the American Academy of Nursing and in 1994, she was honored as the Distinguished Nurse Researcher by the Midwest Nursing Research Society. She received the Oncology Nursing Society Excellence in Cancer Nursing Award in 2001 and in 2004 received the Pathfinder award from the National Institute for Nursing Research for her program of research that has spanned over 20 years. Dr. Champion's abilities to work collaboratively with others serve as a model for professionals who strive to work across disciplines. Her leadership was a major force in helping to establish the Cancer Center within Indiana University. She recognized the need to establish a network for behavioral researchers in cancer prevention and control research, and founded the Behavioral Cooperative Oncology Group which is composed of senior behavioral oncology researchers from Michigan State, the University of Michigan, Ohio State and Duke University.