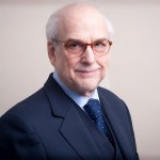 Bruce Cole received his Ph.D. from Bryn Mawr college in 1969. For two years he was the William E. Suida Fellow at the Kunsthistorisches Institiut in Florence. He had fellowships and grants from, among others, the Guggenheim Foundation, the American Council of Learned Societies, the National Endowment for the Humanities, the Kress Foundation, the American Philosophical Society, and the Center for Medieval and Renaissance Studies at UCLA.

Aside from many journal articles, Dr. Cole published twelve books. Mainly devoted to the art of the Italian Renaissance, these include both scholarly monographs and surveys aimed at the student and general reader. Recently, some of Cole's articles, reviews, and lectures have been collected in a volume entitled STUDIES IN ITALIAN ART 1250-1550.

The recipient of nine honorary doctorates, Dr. Cole was a member of the Academia Senese degli Intronati, the oldest learned society in Europe, and a member of the Honorary Board of Directors of the American Friends of Florentine Museums. In April 1992, he was nominated by President George H. W. Bush to the National Council on the Humanities, the advisory board of the National Endowment for the Humanities; Cole's appointment was confirmed by the Senate in July 1992. In 2001, Professor Cole was named Chairman of the National Endowment for the Humanities by President George W. Bush, a position in which he served until 2009. In 2006, Indiana Governor Mitch Daniels awarded him the Sagamore of the Wabash award.

In 2008, he received the Grand Cross, Order of Merit of the Italian Republic, the highest honor awarded by the Italian government. In the same year, he was awarded the Presidential Citizens Medal by President Bush. He was appointed to the Indiana University Board of Trustees in 2010, where he served for three years. In 2013, President Barack Obama named him a member of the Dwight D. Eisenhower Memorial Commission.

His last role before his death was as senior fellow at the Ethics & Public Policy Center.