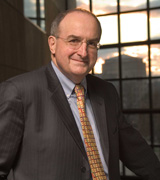 He holds faculty appointments in computer science, philosophy, cognitive science, informatics, library & information science, and computer technology, and has been an active researcher in information technology and logic over his career. He has been the principal investigator on many major grants, has published a number of books, many articles, and has served on numerous editorial boards and conference committees.

As president, McRobbie has refocused IU on its six Principles of Excellence: an excellent education, world-class research and scholarship, an outstanding faculty, enhanced international engagement, excellence in health sciences and in engagement." Supporting these core principles is an essential framework of excellence in the four areas of advancement, infrastructure and facilities, information technology, and administration.

Under his leadership IU has seen a major expansion in the size and quality of IU's student body, a record level of expenditure, a billion dollar expansion of IU's facilities, and the completion of $1.1 billion endowment campaign at IU Bloomington, the first phase of a $5 billion campaign to be completed in IU's bicentenary year of 2020.

He serves on many committees, and is presently the chair of the Big 10 Athletic Conference, the vice-chair and incoming chair of Internet2, the chair of University Research Associates, which is responsible for Fermi Lab, and a member of the National Security Higher Education Advisory Board. He is also the member of a number of private boards including the Indiana University Health system, one of the largest hospital systems in the U.S., the OneAmerica insurance company, and the Indianapolis Symphony.