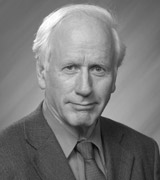 Dr. Clement J. McDonald is an internationally respected leader in medical informatics and a pioneer in electronic medical record systems. His research focus has been the development and use of computer-stored medical record systems to improve health care. He developed one of the first electronic medical record systems, the Regenstrief Medical Record System (RMRS), which has been used over 30 years at the IU Medical Center. And he developed the next generation of electronic medical record systems, the Indiana Network for Patient Care (INPC), a federated community-wide clinical repository for 15 hospitals and more than 100 geographically distributed clinics. It spans all five major hospitals in the city of Indianapolis, and carries more than 660 million results in support of clinical care, research, and public health. Through the INPC, emergency department physicians can access laboratory, radiology, admission/discharge/pathology reports, and medication data across institutional boundaries.

Dr. McDonald has also been a leader in the development of the medical informatics standards needed to transmit patient data from source systems to electronic medical records and research databases. He initiated the development of a major medical message standard (HL7), and is the chair of the Logical Observation Identifier Names and Codes (LOINC) committee that has created a database of universal codes for clinical observations, including laboratory tests, clinical measurements and reporting.

He was a founding board member and past president of the American Medical Informatics Association (AMIA) and served a seven-year term on the National Committee on Vital and Health Statistics. He is a recipient of AMIA's Morris Collen Award and President's Award. He is a regent of the American College of Physicians and was elected to the National Academy of Science's Institute of Medicine.