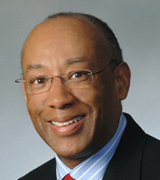 Dr. Wilkes received his B.Sc. in 1978 from Villanova University and his M.D. in 1982 from Temple University.

His area of interest is in lung transplantation. Lung transplantation is a commonly utilized modality for the treatment of end stage pulmonary diseases. However, the lung is rejected more commonly than other solid organ allografts. Repeated acute rejection episodes result in chronic rejection known as bronchiolitis obliterans, the leading cause of death in lung allograft recipients. Presentation of donor major histocompatibility complex (MHC) antigens by antigen presenting cells, such as macrophages and dendritic cells, to recipient lymphocytes is the stimulus for rejection episodes. Conversely, allograft acceptance may be induced by immunizing the recipient, orally, with donor-derived MHC proteins/peptides or MHC-"like" proteins prior to transplantation. This phenomenon, known as oral tolerance, has been shown to prevent rejection in allografts other than the lung, but has not been examined in lung allograft rejection. Although donor MHC-antigens are the stimulus and target of the rejection response, we have reported recently that type V collagen [col(V)], which may be MHC-"like", is also recognized as an antigen during lung allograft rejection in humans, and the local immune response to lung alloantigens in mice. Since col(V) is highly conserved and non-polymorphic then this indicates that lung allograft rejection is a disease of allo- and autoimmunity. Regulatory T cells (Tregs) have a key role in suppressing autoimmune diseases. As such, the autoimmune response to col(V) indicates Treg dysfunction during the rejection response. Treg suppression of immunity is also in part dependent on interactions with dendritic cells (DCs) by upregulating indoleamine 2,3 dioxygenase (IDO) in DC, an enzyme that catabolizes tryptophan resulting in suppression of T cell function. Our laboratory uses a model of lung transplantation in rats, and several murine models, as well as in vitro studies to examine: Mechanisms of col(V)-induced tolerance to lung transplants, induction of regulatory T cells in this process, the signaling cascades unique to regulatory T cells, and the regulation of IDO expression in lung dendritic cells.

Dr. Wilkes is the co-author of several books.