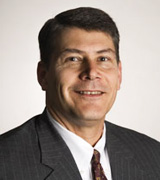 Michael R. Baye joined the Kelley School of Business in 1997. He received his B.S. from Texas A&M University in 1980, and a Ph.D. in Economics three years later from Purdue University. Prior academic appointments include the University of Kentucky (1983-1985), Texas A&M University (1985-1991), and Penn State University (1991-1997), as well as visiting appointments at Cambridge, Oxford, Erasmus University Rotterdam, Tilburg University, and the New Economic School in Moscow, Russia. During 2007-2008, Professor Baye served in Washington, DC as the Chief Economist and Director of the Bureau of Economics at the Federal Trade Commission.

Professor Baye's research spans industrial organization, game theory, and pricing strategy, fields in which he has published numerous books and articles. His research on mergers, auctions, patents and other contests has been published in such journals as the American Economic Review, the Review of Economic Studies, and the Economic Journal. His research on pricing strategies in online and other environments where consumers search for price information has been supported by the National Science Foundation, the Fulbright Commission, and other organizations, published in leading economics and marketing journals such as the American Economic Review, Econometrica, and the Journal of Political Economy, and featured in The Wall Street Journal, Forbes, and The New York Times.

Professor Baye has won numerous awards for his outstanding teaching and research. His pricing research shows, among other things, that the optimal pricing strategies by firms and information "gatekeepers" in conventional and online markets can lead to equilibrium price dispersion when firms have identical costs, shoppers are well-informed, and products are perceived to be identical. Many of these strategies are discussed in his leading managerial economics textbook, which has been translated into four languages and is taught to business students around the world.