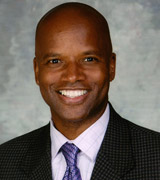 Before joining the law school faculty, George E. Edwards lived for six years in Hong Kong, where he was associate director of the Centre for Comparative and Public Law at the University of Hong Kong Law Faculty. He also lectured in law (adjunct) at the City University of Hong Kong Law Faculty and for the Law Society of Hong Kong. He is coeditor of Volumes 15 of the Hong Kong Public Law Reports. From 1987 to 1991, Professor Edwards practiced law with the Wall Street firm of Cravath, Swaine and Moore. Following law school, he served as a judicial law clerk to the Honorable Miriam Goldman Cedarbaum of the U.S. District Court for the Southern District of New York.

In the fall of 2001, Professor Edwards traveled to South America on a Fulbright grant to teach an International Legal Transactions graduate course at the Universidad de San Pedro, in Chimbote, Peru.

Professor Edwards is accredited to the United Nations to represent the National Bar Association and has served as a delegate to various United Nations conferences such as the Diplomatic Conference of Plenipotentiaries on the Establishment of the International Criminal Court, in Rome in 1998. He also has represented the Hong Kong Human Rights Monitor.

As founding director of the law school's Program in International Human Rights Law, Professor Edwards has, since 1997, facilitated more than 109 Indiana University law student summer internship placements at the United Nations and other human rights organizations in more than 52 countries around the world. He also serves as faculty advisor to the LL.M. track in International Human Rights Law.