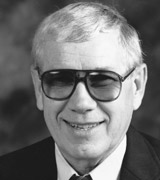 Professor Meier has carried out research in human biological variation. He has collected data on anthropometry (body measurements), blood group genetics and dermatoglyphics ("fingerprints"), while conducting fieldwork among native groups in Alaska and on Easter Islanders in Polynesia. He also has done a biological study of identical twins. His research in dermatoglyphics has concentrated in the areas of developmental processes of epidermal patterns and on the use of dermatoglyphics to assess microevolutionary relationships of human populations. He has proposed a theory that attempts to explain dermatoglyphic variation based on the timing of maturation.

Dr. Meier has served on the editorial board of the American Journal of Physical Anthropology, he was editor of the Newsletter of the American Dermatoglyphics Association (ADA), and also served as the president of the ADA. He received the ADA Recognition Award for 1994. He was president of the IU Chapter of Sigma Xi, the Scientific Research Society. He was inducted as an honorary member to the Croatian Anthropological Society in Zagreb in 1992.