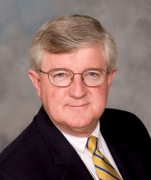 His research focuses on assessing undergraduate student learning and personal development, campus cultures, and the institutional conditions that foster student learning. He directs the Center for Postsecondary Research and is founding director of the widely used National Survey of Student Engagement and related surveys for faculty and law school students as well as the College Student Experiences Questionnaire project.

Among his 300+ publications are 21 books and monographs including Student Success in College (2005), Student Learning Outside the Classroom (1994), Involving Colleges (1991), and The Invisible Tapestry: Culture in American Colleges and Universities (1988). A past president of the Association for the Study of Higher Education (ASHE), Kuh was honored with the association's prestigious Research Achievement Award. His work has also been recognized with numerous other awards including the Lifetime Achievement Award and the Contribution to Knowledge Award from the American College Personnel Association, the Outstanding Contribution to Higher Education Award, the Contribution to Literature and Research Award, and the Shaffer Award for Academic Excellence as a Graduate Faculty Member from the National Association of Student Personnel Administrators, the Sidney Suslow Research Award from the Association of Institutional Research, the Academic Leadership Award from the Council of Independent Colleges, the Virginia B. Smith Innovative Leadership Award, and the Educational Leadership Award from St. Cloud State University.