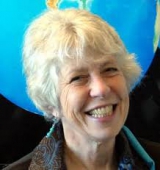 Susan Buck Sutton received her B.A. from Bryn Mawr College and her Ph.D. from the University of North Carolina at Chapel Hill, immediately after which she joined the faculty at IUPUI. During the last 25 years, Professor Sutton has developed an extensive body of research on contemporary Greece, while simultaneously participating in the growth and development of the IUPUI campus.

Professor Sutton's work in Greece concerns issues of migration, settlement, the construction of community, and the complex relationship between ancient and modern Greece. She is the author of three books and numerous articles. She served as the Editor of the Journal of Modern Greek Studies from 1999-2002, and is the incoming President of the General Anthropology Division of the American Anthropological Association.

Professor Sutton has also received over a dozen teaching awards, including the IUPUI Chancellor's Award for Excellence in Teaching. She led the team that developed Themed Learning Communities at IUPUI and served as Chair of the Committee on Teaching of the American Anthropological Association from 2002-2004.

In 2003, Professor Sutton became Associate Dean of International Programs at IUPUI, transferring her anthropological perspectives to international program development. She is the recent recipient of a major Title VI grant from the U.S. Department of Education for internationalizing the undergraduate curriculum.