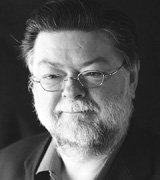 Professor DeMallie's studies are concerned with Plains Indian peoples and with the development of cultural and linguistic approaches to understanding the American Indian past. He has worked extensively with the Sioux and Assiniboine in North and South Dakota and Montana. His publications include two volumes of the papers of James R. Walker, Lakota Belief and Ritual (edited with Elaine A. Jahner, 1980) and Lakota Society (1982); The Sixth Grandfather: Black Elk's Teachings Given to John G. Neihardt (1984); Sioux Indian Religion: Tradition and Innovation (edited with Douglas R. Parks, 1987); North American Indian Anthropology: Essays in Society and Culture (edited with Alfonso Ortiz, 1994); Documents of American Indian Diplomacy (edited with Vine Deloria, Jr., 1999); and the Plains volume of the Smithsonian Institution's Handbook of North American Indians (editor, 2001).

Numerous grants from the National Endowment for the Humanities and other sources have support Professor DeMallie's work and that of the American Indian Studies Research Institute. In collaboration with American Indian tribes, the institute has been instrumental in documenting endangered native languages and developing materials for teaching those languages in tribal schools and colleges.

Professor DeMallie has served on the boards of a variety of professional societies and journals; in 1991-1992 he was president of the American Society for Ethnohistory. He has also worked with American Indian tribes and organizations as a legal consultant, particularly on treaty rights. He spent the 2002-2003 academic year as French-American Foundation Chair in American Civilization, École des Hautes Études en Sciences Sociales, Paris.