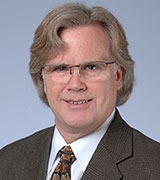 Professor Hurley is an expert in the field of structural biology as applied to understanding enzyme function. He has made major contribution to our understanding of the molecular mechanisms by which ethanol is metabolized and the manner in which the common genetic polymorphism in the East Asian population influences individual responses to beverage ethanol consumption. His recent work has focused on understanding the linkage between ethanol metabolism and cardiovascular disease. He has also made major contributions to our understanding of the regulation of glucose homeostasis through his structure determination of the two enzymes critical for conversion of glucose to glycogen.

Professor Hurley has been named and served on numerous grant review panels, including the chairing of three such national review panels at the National Institutes of Health.