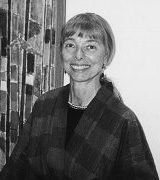 Professor Anderson's primary interests are in the literature and culture of the English Renaissance. They encompass biography, rhetoric, language, philosophy, religion, and history. Her publications include The Growth of a Personal Voice: "Piers Plowman" and "The Faerie Queene" (1976), Biographical Truth: The Representation of Historical Persons in Tudor-Stuart Writing (1984), Words that Matter: Linguistic Perception in Renaissance English (1996), Translating Investments: Metaphor and the Dynamic of Cultural Change in Tudor-Stuart England (2005), Reading the Allegorical Intertext: Chaucer, Spenser, Shakespeare, Milton (2008), and three co-edited volumes: Will's Vision of Piers Plowman, by William Langland (1990), Spenser's Life and the Subject of Biography (1996), and Integrating Literature and Writing Instruction: First-Year English, Humanities Core Courses, Seminars (2007).

A graduate of Radcliffe College and Yale University, Professor Anderson has taught at Cornell Yale, and Michigan, as well at Indiana University. She has been a Fellow at the National Humanities Center and has held four major research fellowships from the National Endowment for the Humanities, in addition to Dulin and Mayers Foundation Fellowships at the Folger and Huntington Libraries, respectively. She has directed a Folger Institute Seminar and twice been elected president of the International Spenser Society, from which she received the Lifetime Achievement Award in 2004. At Indiana University, she has received the Outstanding Woman Scholar Award and Teaching Excellence Awards.