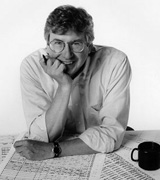 Claude Baker (b. 1948) attained his doctoral degree from the Eastman School of Music, where his principal composition teachers were Samuel Adler and Warren Benson. As a composer, Professor Baker has received a number of professional honors, including an Academy Award in Music from the American Academy of Arts and Letters; two Kennedy Center Friedheim Awards; the Eastman-Leonard and George Eastman Prizes; a "Manuel de Falla" Prize (Madrid); the inaurgural �'Barto Prize�"; BMI-SCA and ASCAP awards; commissions from the Fromm and Koussevitzky Music Foundations; and fellowships from the John Simon Guggenheim Memorial Foundation, the National Endowment for the Arts, the Rockefeller Foundation, the Bogliasco Foundation and the state arts councils of Indiana, Kentucky and New York. For the 2008-09 academic year, he was named the Paul Fromm Composer-in-Residence at the American Academy in Rome.

Among the many orchestras that have performed his music are those of Saint Louis, San Francisco, Atlanta, Pittsburgh, Indianapolis and Louisville, as well as the New York Philharmonic, the National Symphony Orchestra, the Orquesta Sinfonica de RTV Española and the Orquesta Nacional de España. Other ensembles include the Cleveland Chamber Symphony, the Esprit Orchestra, the Aeolian Chamber Players, the Left Coast Chamber Ensemble and the Pacifica String Quartet (with pianist Ursula Oppens). His works are published by MMB Music and Carl Fischer, and are recorded on the ACA, Gasparo, TNC and Louisville First Edition labels.

Dr. Baker has served on the faculties of the University of Georgia and the University of Louisville and has been a Visiting Professor at the Eastman School of Music. He joined the faculty of the Jacobs School of Music at Indiana University in 1988 and was named both Chancellor's Professor and the Tracy M. Sonneborn Lecturer in 2007. At the beginning of the 1991-92 concert season, he was appointed Composer-in-Residence of the Saint Louis Symphony Orchestra, a position he held for eight years. In recognition of his contributions to the St. Louis community during that period, Prof. Baker was awarded an honorary doctorate by the University of Missouri-St. Louis in 1999.