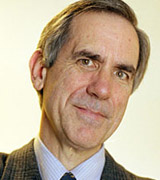 Professor Bringle (B.A., Hanover College, Psychology and Mathematics; M.S. and Ph.D., University of Massachusetts-Amherst, Social Psychology), an IUPUI faculty member since 1974, has been involved in the development, implementation, and evaluation of numerous educational programs directed at talented undergraduate psychology majors, high school psychology teachers, first-year students, and the introductory psychology course. As a social psychologist, he is widely know for his research on close relationships, including jealousy, love, and attachment.

Appointed Director of the Center for Service and Learning in 1994, the IUPUI service learning program was ranked 8th best in the nation among all colleges and universities in 2002 and received a Presidential Award in 2006. He also consults with other campuses, national initiatives, and internationally (South Africa, Macedonia, Mexico) on issues related to service learning and civic engagement.

His scholarly interests related to civic engagement include the role of service in the academy, developing ways to implement and institutionalize service learning, and conducting research on student and faculty attitudes, educational outcomes, and institutionalizing service learning. His books include With Service in Mind: Concepts and Models for Service-Learning in Psychology, Colleges and Universities as Citizens, and The Measure of Service Learning: Research Scales to Assess Student Experiences.

Dr. Bringle was awarded the School of Science Teaching Award and Service Award, the Ehrlich Faculty Award for Service Learning from national Campus Compact, and the Brian Hiltunen Faculty Award from Indiana Campus Compact. In 2004, he was recognized at the Annual International Service-Learning Research Conference for his outstanding contributions to the service-learning research field. The University of the Free State, South Africa, awarded him an honorary doctorate in 2004 for his scholarly work on civic engagement and service learning. He was the Volunteer of the Year in 2001 for Boys and Girls Clubs of Indianapolis.