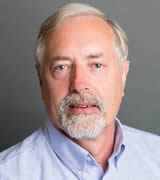 His main research efforts focus on evolutionary aspects of photosynthesis by performing genetic and molecular biology investigations of photosynthesis in bacteria. These investigations gave rise to the first detailed understanding of how a photosynthetic organism controls photosynthesis gene expression in response to alterations in light intensity and oxygen tension. Additional studies have provided the first genetic characterization of genes that are involved in chlorophyll biosynthesis in bacteria, algae and plants. These studies have been supported by grants from the National Institutes of Health and the National Science Foundation.

Bauer received the IU Bicentennial Medal in September 2020 in recognition of his distinguished contributions to Indiana University.