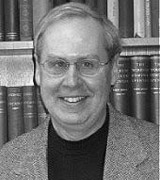 Professor Schilb received his M.A. in English Literature from Hofstra University in 1974 and his Ph.D. in 1978 from State University of New York, Binghamton. His research interests are composition studies, rhetorical theory, and literary theory.

He is the author of Between the Lines: Relating Composition Theory and Literary Theory (Portsmouth, NH: Heinemann-Boynton/Cook, 1996) and has written numerous chapters and articles.

In 2006, Professor Schilb will become Editor of College English. He was General Editor of Series in Composition and Rhetoric (Peter Lang Publishing) 1991-1998 as well as Guest Editor for an issue on "Teaching Noncanonical Literature" in Reader (1986). He serves on the editorial boards of College English, Rhetoric Review, Works and Days, Reader, and PRE/TEXT.

Among his awards, he received Honorable Mention, Journal of Advanced Composition W. Ross Winterowd Award for Between the Lines (1997). In 1994, he was the recipient of the Nancy Dasher Award from the College English Association of Ohio for Contending.