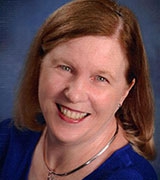 She is internationally recognized for her research on ways children, adolescents, young adults, and families positively adjust to the experience of cancer and other chronic illnesses. Her Adolescent Resilience Model is being used to guide interventions to improve symptoms and psychosocial adjustment. In the United States, the model is guiding evaluation of a music therapy intervention for adolescents/young adults undergoing stem cell transplant. Her model is also guiding the work of doctoral students and nurse scientists in other countries, such as Taiwan. Professor Haase also has expertise in mixed methods and issues of triangulation of methods in research.

Professor Haase is currently the PI of the NIH grant "Music Video and Adolescent Resilience During Transplant" (NINR-1RO1 NR008583-01. Professor Haase is a Co-Director of the T32 training grant in Behavioral Health and on the advisory board of the R25 training grant in behavioral oncology. Professor Haase was recognized as the 2007 Distinguished Nurse Researcher by the Association of Pediatric Hematology/Oncology Nursing and was recipient of the 2008 Oncology Nursing Society Connie Henke Yarbro Excellence in Cancer Nursing Mentorship Award.