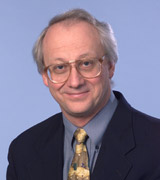 Dr. Loder received a BS degree from the University of Colorado in 1976 (Chemistry) and his MD degree from Washington University in St. Louis in 1980. He then undertook his Orthopaedic Surgery Residency at the Medical College of Ohio (1980-1985), and a fellowship in Pediatric Orthopaedics and Scoliosis at the Texas Scottish Rite Hospital, Dallas (1985-1986).

Dr. Loder joined the IU School of Medicine in 2003 as the Director of Pediatric Orthopaedics at Riley Hospital for Children, having held previous positions at the Twin Cities Shriners Hospital for Children and the University of Michigan. Dr. Loder is known for his expertise in pediatric orthopaedics, especially that of spinal deformity, slipped capital femoral epiphysis, other pediatric hip disorders, and pediatric trauma. He is an author of over 100 peer reviewed journal articles and over 20 book chapters, and has given over 200 invited lectures. He is a member of many professional organizations, including the American Academy of Orthopaedic Surgeons, American Orthopaedic Association, Scoliosis Research Society, Pediatric Orthopaedic Society of North America, and American Academy of Pediatrics. He is a reviewer for many different orthopaedic journals and a member of the Question Writing Task Force for the American Board of Orthopaedic Surgery.