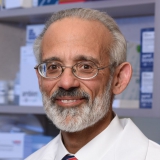 Econs' work has led to new diagnostic and therapeutic tools, including the recent approval by the European Union and the FDA of Burosumab, the first treatment for X-linked hypophosphatemic rickets in 30 years. The treatment has already had an impact on patients' lives, restoring height in children, healing fractures and giving them the likelihood of avoiding many orthopedic surgeries. His discoveries represent the first time in the history of the IU School of Medicine that a faculty member has driven the science from concept through an FDA-approved therapy.