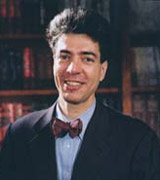 Professor Georgakopoulos was a Professor of Law at the University of Connecticut before moving to Indianapolis. The scion of an old Greek legal family, he began his legal education in his home country, graduating first in his law school, and completed it by studying law and finance at Harvard where he then held a postdoctoral appointment. His doctoral dissertation focused on insider trading, disclosure obligations, and securities fraud. One of the resulting articles was cited by the S.E.C. to the U.S. Supreme Court.

His scholarship of over 25 publications focuses on corporate, securities, discrimination, and bankruptcy law, which has been cited by the U.S. Supreme Court.