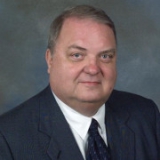 Dr. Madura has been a director of both student and resident education since he came to Indiana University and has been named Clinical Professor of the Year by numerous graduating senior classes. He has developed strong clinical interests in pancreatic, hepatic, biliary and gastrointestinal diseases and their management. His insight into congenital duodenal anomalies in the adult, and bile reflux gastritis have been presented at regional and national meetings.