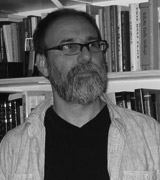 Shaul Magid came to Indiana University as the first Jay and Jeannie Schottenstein Professor of Jewish Studies in 2003. He was previously the Chair of the Department of Jewish Philosophy at the Jewish Theological Seminary in Manhattan and before that the Anna Smith Fine Assistant professor of Jewish Studies at Rice University. He was the Elaine Ravich Associate Professor and Chair of the Dept. of Jewish Philosophy of Jewish Thought at the Jewish Theological Seminary of America. He completed work on his masters in Jewish thought at the Hebrew University in Jerusalem in 1989 and, in 1994, completed his PhD at Brandeis University.

He is the author of Hasidism on the Margin (2004) and From Metaphysics to Midrash: Myth, History, and the Interpretation of Scripture in Lurianic Kabbala (2008). He is the editor of God's Voice from the Void: Old and New Essays in Bratslav Hasidism (2002) and co-editor of Beginning/Again: Toward a Hermeneutic of Jewish Texts (2003). He is presently working on two books; Interpreting Hasidism: Essays in Hasidic textuality from the Baal Shem Tov to the Present and Judaism on the Cusp of Post-ethnic America: Becoming an American Religion. He is the co-chair of the section on the "Study of Judaism" of the American Academy of Religion and the Director of the Section on Jewish Mysticism for the Association of Jewish Studies. He regularly contributes topical essays on Judaism and the Israel/Palestine conflict to Tikkun Magazine, Zeek Magazine, and Religious Dispatches. He lectures widely on Jewish mysticism, Hasidism, and contemporary American Judaism.