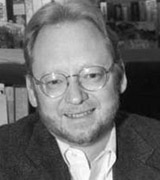 In recent years, his research has focused on two aspects of constitutional law: the right of Native American tribes to self-government within the American constitutional system, and the alleged constitutional right of the people to keep and bear arms in order to make revolution against government. These two seemingly unrelated topics raise the common theme of examining the possibility of popular government outside the normal channels of state and federal elections, and more specifically the claimed right of an "organic" people to resist the encroachment of an "alien" government.