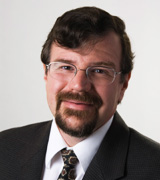 Professor Dennis is best known for his work with collaboration technology - computer systems that enable groups to work together whether in the same room at the same time or at different places and times over the Internet.

Professor Dennis was born in Prince Edward Island, Canada and first began playing with computers using punched cards while in elementary school. He received a Bachelor of Computer Science from Acadia University in Nova Scotia in 1982, a Master of Business Administration from Queen's University in Ontario in 1984, and a Ph.D. in Management Information Systems from The University of Arizona in Tucson in 1991. Prior to joining IU in 2000, he spent nine years on the faculty of The University of Georgia, where he won the university's highest teaching award for "young" faculty.

Professor Dennis has won seven national and international awards for his theoretical and applied research. In 1998 and again in 2002, he was ranked the seventh most prolific researcher in the information systems discipline and the second most prolific in the area of collaboration technology. Professor Dennis also has extensive experience as a software developer and consultant, and developed one of the first commercial software packages that enabled groups to discuss ideas, analyze and organize issues, and vote over the Internet. He is the author of a best-selling book on data communications and networking, and another on system development methods.