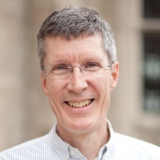 Mackie is "one of the very elite leaders in the cannabinoid field," and his research began at a time when the effect of cannabinoids "was relatively unknown to neurobiologists" and has "opened the way for our current view of cannabinoids as modulators of electrical signaling and of the input-output relations in neurons." There are endogenous signaling systems in the brain and peripheral tissues that are the molecular targets through which the psychoactive components of marijuana, primarily Δ9-tetrahydrocannabinol (THC), exert their strong behavioral and medicinal effects. Mackie's significant findings include: (1) CB2 cannabinoid receptor signaling pathways, (2) mechanisms underlying the development of CB1 receptor desensitization, (3) the neurophysiological roles of cannabinoid receptors, for example in neurodevelopment, synaptic plasticity and pain, (4) the ability of some cannabinoids to target non CB1/CB2 receptors such as the orphan receptor, GPR55, and (5) potential therapeutic strategies for exploiting "autoprotective" effects of the endocannabinoid system to treat certain disorders. Considered "among the top two or three investigators in this field," Mackie's studies show how the process of receptor desensitization takes place at the cellular and molecular levels through regulated internalization and recycling of the receptor protein. In a "key contribution to this field," he has charted the unexpectedly large effects of the endocannabinoid signaling system in embryonic development of the brain, with clear implications for marijuana use during pregnancy. Finally, he has made major contributions to the pharmacology of endocannabinoids by finding new receptor agonists in natural products, such as 'spice.' Endocannabinoids are much in the public eye because of increased use of medical marijuana and legalization of recreational marijuana use in many states. "Mackie's careful, rigorous, and groundbreaking work on the mechanisms through which endocannabinoids influence synaptic function in the brain places him as an international leader on this important scientific topic and a key thought leader in communicating this research area to the public."

In 2008, he was the recipient of the International Cannabinoid Research Society's Mechoulam Award for lifetime achievement in cannabinoid research, an award typically reserved for those later in their careers. His more than 150 invited lectures and over 310 published papers with citations greater than 29,000 and an h-index of 82, have led to his designation as one of the top 1% of cited researchers by the ISI in 2014. He was elected a fellow of the American Association for the Advancement of Science in 2016. Professor Mackie has also been a member of the NIH National Advisory Council on Drug Abuse, the NIDA Cannabis Research Priorities Task Group, and is on the editorial board of several top academic journals in his field.