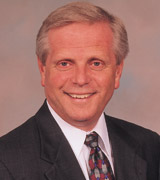 Professor Schwartzkopf received a joint appointment to the Choral and Music Education departments at Indiana University's School of Music in 1995. His appointment includes serving as the Music Director and Conductor of the Singing Hoosiers. Under his direction, the Singing Hoosiers have made numerous appearances with regional and major orchestras including the Cincinnati Pops Orchestra and the Indianapolis Symphony, under the direction of Erich Kunzel. They were featured on a PBS Christmas special in 1995 with the late Mel Torme and have made two recordings for the TELARC label with the Cincinnati Pops Orchestra.

Throughout his teaching career Professor Schwartzkopf's choirs have received critical acclaim that resulted in invitations to perform at conventions of MENC (Music Education National Conference) and ACDA (American Choral Directors Association) and on the concert stages of Europe. While teaching at Illinois State University he served as the President of the Illinois Chapter of ACDA. He continues to be in demand as an adjudicator, lecturer, clinician, and festival conductor and has conducted numerous state, regional, and all-state choirs throughout the United States, Europe, and Canada.

His musical career is rich and diversified in other areas as well. As a singer/performer, Professor Schwartzkopf has performed in the theaters, on the concert stages, and in the cathedrals of Europe and the United States. As an orchestral conductor, he was the founding conductor of the Macon (GA) Symphony and has conducted numerous works for orchestra and chorus.

Since coming to IU in 1995, he has served as Chair of the Music Education Department and as Music Director and Conductor of musical theater productions for the Theatre Department and the School of Music.