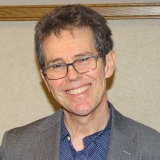 Roseman began his research working on the post-1945 reconstruction of Germany and on Allied policy in the period of Occupation. This resulted in a number of publications including Recasting the Ruhr 1945-1957. Manpower, economic recovery and labour relations (Berg Publishers 1992) and Neither punitive nor powerless. Western Europe and the division of Germany (Aston Papers in European Politics and Society Number 2, Birmingham 1993, ISBN 1 85449 0141, 50pp). He also worked extensively on the long-term impact of National Socialism and war on Germany, with a number of seminal articles on this theme.

In 1996, Roseman began work on the biography of Marianne Ellenbogen, a German-Jewish woman who survived underground in Nazi Germany. The resulting book, The Past in Hiding published by Penguin in 2000, with other editions in Italy, Germany and the USA, was an exercise in detective work and in the study of memory. It won four major international prizes including the Fraenkel prize, awarded by the Wiener Library, (2000), the Jewish Quarterly's Wingate Literary Prize (2001), the Lucas Prize Project Mark Lynton prize (2002) and one of the premier German literary awards, the Geschwister Scholl Prize for the German edition "''In einem unbewachten Augenblick" (2003). It was also short listed for the Koret book awards and the James Tait prize.

To commemorate the 60th anniversary of the Wannsee conference Roseman wrote a new history of that infamous meeting with the UK title The villa, the lake, the meeting. Published in 2002, this volume has since appeared in 15 international editions and has established itself as the standard text on the conference. Since then he has researched on a wide range of different aspects of the Holocaust. With Jürgen Matthäus, Roseman produced the first volume in the US Holocaust Museum's innovative series, Jewish Reponses to Persecution, which combines analysis and documents to offer the first comprehensive account of contemporary Jewish responses to the Holocaust. Volume 1, which covered the period 1933-1938, appeared in 2010. For Yad Vashem in Jerusalem, Roseman offered the first extended analysis of the way victims perceived the perpetrators, entitled Barbarians from our "Kulturkreis" (2016, with a Hebrew version pending in 2017.) Roseman's latest book, "Rescued Lives," about resistance and rescue in Nazi Germany, will appear in 2018.

As well as this single author research, Roseman has organized or co-organized ten international conferences, five of which have led to important edited collections, Generations in Conflict. Youth rebellion and generational identity in Germany 1770-1968 (1995), Three postwar eras in comparison. Western Europe 1918-1945-1989 (with Carl Levy) (2002). German history from the margins (with Neil Gregor and Nils Roemer) (2006) , Conflict, catastrophe and continuity: Essays on modern German History (with Frank Biess and Hanna Schissler) (2007), and most recently Beyond the racial state (with Devin Pendas and Richard Wetzell) (2017).

Roseman was the Ira Levene senior invitational fellow at the US Holocaust Memorial Museum 2010-2011, and the visiting guest professor at the Center for Contemporary History at the University of Jena 2017.

Roseman has received four teaching awards, including funding for a project under the UK's History 2000 programme, designed to enhance the quality of teaching in the classroom, and two trustees teaching awards at IU. Since 2013 he has been director of the Borns Jewish Studies Program.

Roseman received the IU Bicentennial Medal in September 2020 in recognition of his distinguished contributions to Indiana University.