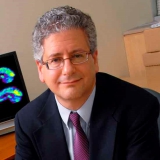 Dr. Saykin received a B.A. from the University of Massachusetts-Amherst and an M.S. and Psy.D. from Hahnemann Medical College in Philadelphia. He joined the School of Medicine faculty in November 2006 as director of a new transdisciplinary IU Center for Neuroimaging. Before joining IU, Dr. Saykin was Professor of Psychiatry and Radiology at Dartmouth Medical School and Adjunct Professor of Computer Science at Dartmouth College. At Dartmouth, Dr. Saykin was founding director of the Neuropsychology and Neuroimaging Post Doctoral Training Program and Brain Imaging Laboratory (1992-2006) and co-director of the Dartmouth Advanced Imaging Center (2003-2006). From 1987 to 1992, he was an Assistant Professor of Psychiatry and clinical director of Neuropsychology at the University of Pennsylvania School of Medicine.

Dr. Saykin's NIH and foundation sponsored research program focuses on the use of brain imaging and genomic methods to study mechanisms of memory dysfunction and treatment response in neurological and psychiatric disorders. Current projects examine advanced imaging methods for early preclinical detection of Alzheimer's disease, the neural basis of cancer chemotherapy-induced cognitive changes, and alterations in brain activity and connectivity in schizophrenia. Dr. Saykin has served on several NIH study sections and the Board of Directors of the American Board of Clinical Neuropsychology and the International Neuropsychological Society. He is the founding Editor-in-Chief of a new Springer journal, Brain Imaging and Behavior, which begins publication in 2007.