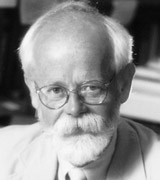 Professor Shreve has been an active scholar, teacher, and public servant. A graduate of the University of Oklahoma, Professor Shreve received his first law degree from Harvard University in 1968. He began his legal career on the staff of Massachusetts Attorney General Elliot Richardson. Thereafter, he served as law clerk to United States District Judge Sarah T. Hughes and as a legal services attorney in the Boston Legal Assistance Project. Professor Shreve then returned to Harvard Law School to teach half time and to obtain a Masters degree in law in 1975. He taught on the faculties of Vermont, George Washington and New York Law Schools before arriving at Indiana University, Bloomington in 1987.

Professor Shreve's scholarship has appeared in the George Washington, Harvard, Michigan, Northwestern, Ohio State, Southern California, Vanderbilt and Texas Law Reviews, and in the Indiana Law Journal. He is co-author of the treatise Understanding Civil Procedure and has published an anthology of studies in conflict of laws. Professor Shreve was the Reporter of the Local Rules Advisory Committee for the United States District Court, Southern District of Indiana. He has served on the Civil Procedure, Conflict of Laws and Federal Courts Executive Committees of the Association of American Law Schools. Professor Shreve is a member of the Editorial Board of the American Journal of Comparative Law. In 1989, he was elected to the American Law Institute.