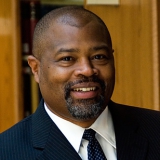 Professor Brown teaches Torts, Criminal Law, Law and Education, and Race, American Society, and the Law at Indiana University Maurer School of Law in Bloomington, where he has been a faculty member since 1987. He served as the Director of the Hudson & Holland Scholars Programs from 2004-2008. These programs recruit high achieving, underrepresented undergraduate students and account for more than 20 percent of the black and Hispanic undergraduate students on the Bloomington campus.

His research interest is primarily in the area of race, law, and education. Brown has published over three dozen articles on issues such as school desegregation, African-American immersion schools, and increasing school choice. In 2005 his book, Race, Law and Education in the Post Desegregation Era was published by Carolina Academic Press. A frequent speaker at scholarly conferences, Brown has also addressed issues of race, law and education before groups at the NAACP annual convention, Congressional Black Caucus Braintrust Meetings, the National Bar Association, and the American Bar Association, as well as before the Indiana Supreme Court Justices.

Brown was the founder and director of the Indiana University Summer in Ghana Program, an initiative that gives undergraduate students exposure to Ghana's social, economic, educational, and cultural conditions.