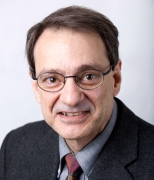 Corsaro specializes in the areas of the sociology of childhood, children's worlds and peer cultures in a cross cultural perspective, and early childhood education. He has conducted extensive ethnographic field work of children's peer cultures and educational processes in preschools and elementary schools in the United States, Italy and Norway. His most recent research is a study of children's transition from preschool to elementary school in Italy and the United States. He has also taught at the University of Bologna, Italy and lectured at several universities in Western Europe.

Corsaro is the author of Friendship and Peer Culture in the Early Years (1985) and We're Friends, Right?: Inside Kids' Culture (2003) and co-author of I Compagni: Understanding Children's Transition from Preschool to Elementary School (2005). He is co-editor of Children's Worlds and Children's Language (1986), Interpretive Approaches to Children's Socialization (1992) and The Handbook of Childhood Studies (2009). Corsaro is author or co-author of numerous articles in leading journals in his field. His book, The Sociology of Childhood (2nd edition, 2005), synthesizes an extraordinary range of theoretical ideas and empirical research on children and is the first text on the sociology of childhood.

Corsaro was a Fulbright Senior Research Fellow in Bologna, Italy in 1983-84, and a Fulbright Senior Specialist Fellow in Trondheim, Norway in 2003. He was elected to the Sociological Research Association (1995). His research has been featured on NPR, the BBC in London, and in the New Yorker.

Corsaro was twice awarded the Edwin Sutherland Teaching Award in the Department of Sociology (1980 and 1986) and won the President's Award for Distinguished Teaching in 1988.