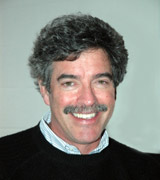 Professor Wasserman, an applied statistician, joined the Departments of Sociology and Psychology in Bloomington in Fall 2004. He also has an appointment in the Karl F. Schuessler Institute for Social Research. Prior to moving to Indiana, he held faculty positions at Carnegie-Mellon University, University of Minnesota, and University of Illinois, in the disciplines of Statistics, Psychology, and Sociology; in addition, at Illinois, he was a part-time faculty member in the Beckman Institute of Advanced Science and Technology, and has had visiting appointments at Columbia University and the University of Melbourne. In 2005, he helped create the new Department of Statistics in Bloomington, and became its first chair in 2006.

Wasserman is best known for his work on statistical models for social networks and for his text, co-authored with Katherine Faust, Social Network Analysis: Methods and Applications. His other books have been published by Sage Publications and Cambridge University Press. He has published widely in sociology, psychology, and statistics journals, and has been elected to a variety of leadership positions in the Classification Society of North America and the American Statistical Association. He teaches courses on applied statistics.

He was educated at the University of Pennsylvania (receiving two degrees in 1973) and Harvard University (Ph.D., in Statistics, 1977).