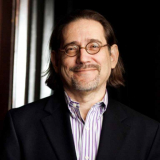 Brian Powell is James H. Rudy professor and co-director of the Preparing Future Faculty program in the department of Sociology at Indiana University. He also is affiliated faculty in the Department of Gender Studies and the Kinsey Institute. He served as department chair and was a visiting scholar at the Russell Sage Foundation.

Professor Powell's research focuses on family, education, gender, and sexuality. With grants from the National Science Foundation, American Education Research Association, and the Spencer Foundation, he has examined how families confer advantages (or disadvantages) to their children and how family structure influences parental investments in children. He is especially interested in several increasingly visible groups of "atypical" family forms: families with older parents, bi/multiracial families, adoptive families, and gay/lesbian families. His research has appeared in American Sociological Review, American Journal of Sociology, Social Forces, Journal of Health and Social Behavior, Sociology of Education, Social Psychology Quarterly, the American Journal of Public Health, and the Harvard Education Review, among others.

Professor Powell's award-winning book, COUNTED OUT: Same-Sex Relations and Americans' Definitions of Family, co-authored with IU PhDs Catherine Bolzendahl and Claudia Geist and Lala Carr Steelman from the University of South Carolina, documented the transformation in how Americans define family and, in turn, their views regarding same-sex families. With IU PhD Richard Serpe and Robin Stryker from Purdue University, he is the co-editor of the recently published IDENTITY AND SYMBOLIC INTERACTION: Deepening Foundations, Building Bridges. With coauthor and IU PhD Natasha Quadlin, he currently is working on his next book, WHO SHOULD PAY? Higher Education, Responsibility and the Public, which explores Americans' views regarding the role of parents, children, and the government in college funding. He also is completing a series of studies that consider Americans' views regarding same-sex parenting, transgender youths and adults, and denial of services to same-sex and interracial couples.

Professor Powell currently is serving a term as the president of the Sociological Research Association. He also served as vice-president of the American Sociological Association (ASA); member of the board of overseers for the General Social Survey, the most comprehensive national survey on public attitudes; chair of the Social Psychology section and the Sociology of Education section of the ASA; board member of the Council on Contemporary Families; and Deputy Editor for American Sociological Review, Sociology of Education, and Journal of Health and Social Behavior.

Professor Powell also has been recognized for his teaching and mentoring. Among his teaching awards are Indiana University's Presidents Award for Distinguished Teaching, the Indiana University Wilbert Hite Award for Mentoring, the North Central Sociological Association's John F. Schnabel Distinguished Contributions to Teaching Award, and the ASA's Carla B. Howery Award for Developing Teacher-Scholars (the last two awards with his departmental colleague Bernice Pescosolido). Recently, he was the inaugural recipient of the Spencer Foundation Mentor Award and the recipient of the American Sociological Association Distinguished Contributions to Teaching Award.