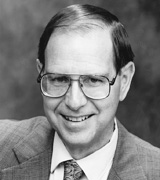 John EakinRuth N. Halls Professor Emeritus of EnglishIndiana University, BloomingtonJohn Eakin, Ruth N. Halls Professor Emeritus of English, taught American literature at Indiana for more than thirty years. His early work approached nineteenth-century American fiction as a source for the study of intellectual history, culminating in his first book, The New England Girl: Cultural Ideals in Hawthorne, Stowe, Howells, and James (1977). Eakin is best known, however, for his books Fictions in Autobiography: Studies in the Art of Self-Invention (1985), Touching the World: Reference in Autobiography (1992), and How Our Lives Become Stories: Making Selves (Cornell, 1999), which helped to establish autobiography and life writing as a new field of academic inquiry. Eakin has lectured widely on his specialty both in the United States and abroad, and he has edited three volumes of essays in his field, On Autobiography by Philippe Lejeune (1989), American Autobiography: Retrospect and Prospect (1991), and The Ethics of Life Writing (2004). His most recent book, Living Autobiographically: How We Create Identity in Narrative (Cornell, 2008), is characteristic of the cross-disciplinary drift of his research, drawing on developmental psychology, cultural anthropology, and neurobiology.

Professor Eakin received an A.B. from Harvard in 1959 (History and Literature) and a Ph.D. in English from Harvard in 1966. He joined IU in 1966. Eakin has also served as Fulbright-Hays Senior Lecturer in American literature at the University of Paris in 1972-73 and 1991, and at the University of Athens in 1978-79. In addition to various research grants from IU, he received a fellowship from the American Council of Learned Societies in 1987, and he was appointed Visiting Fellow at the Humanities Research Centre at the Australian National University in Canberra in 1990.