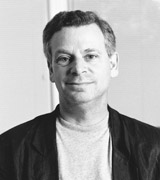 Jeffrey A. Wolin is Ruth N. Halls Professor of Photography at Indiana University. Wolin's series of portraits of Holocaust survivors, Written in Memory: Portraits of the Holocaust, was published by Chronicle Books, accompanying solo exhibitions of this work at the Art Institute of Chicago; International Center of Photography in New York; Chrysler Museum in Norfolk and Indianapolis Museum of Art.

Inconvenient Stories: Portraits of Vietnam War Veterans opened at the Museum of Contemporary Photography in Chicago in fall 2005 and will travel to museums in the US and abroad. The accompanying book is published by Umbrage Editions of New York.

His portraits of recent immigrants in Indiana, "New Faces at the Crossroads" will be shown at the New Indianapolis Airport when it opens in Fall 2008, accompanied by a book of the same name published by IU Press.

Wolin is the recipient of two Fellowships from the National Endowment for the Arts and a Guggenheim Fellowship. He is represented by June Bateman Fine Art in New York and Catherine Edelman Gallery in Chicago.