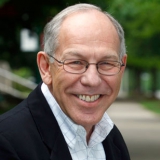 Professor Grossberg received his B.A. from the University of California, Santa Barbara (1972) and his Ph.D. from Brandeis University (1979). He joined the IU faculty in 1995. In addition to his appointment in the history department, he is an adjunct professor of law and the co-director of the Indiana University Center on Law, Society, and Culture.

His research focuses on the relationship between law and social change, particularly the intersection of law and the family. He has written a number of books and articles on legal and social history. Professor Grossberg has also been involved in a number of public policy research projects involving family issues such an initiative to devise guidelines for genetic testing in child custody cases.

He teaches courses in American legal and social history. Professor Grossberg, who edited the American Historical Review from 1995 to 2005, has also published several articles on scholarly editing and was a founder of the History Cooperative, an electronic publishing project devoted to historical scholarship.