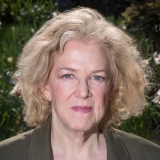 Elisabeth Lloyd received her BA summa cum laude from the University of Colorado, Boulder, in 1980, and her Ph.D. from Princeton in 1984, where she worked with Bas van Fraassen, having also studied with Richard Lewontin at Harvard's Genetics Department as a visiting scholar. She went on to work at the University of California, San Diego until 1988, and at UC Berkeley until 1998, when she joined Indiana University. Lloyd's early research interests focused around models and confirmation in evolutionary biology, and her book on the topic, The Structure and Confirmation of Evolutionary Theory, 1998/1994, was a finalist for the Lakatos Award. She also edited Keywords in Evolutionary Biology with Evelyn Fox Keller (1992). She pursued her theoretical ideas about natural selection with Stephen Jay Gould and published two articles with him.

Her interests in philosophy of biology, general philosophy of science, and gender issues, are pursued in her book, The Case of the Female Orgasm: Bias in the Science of Evolution, given the Bonnie and Vern Bullough Award from the Foundation for the Scientific Study of Sexuality. Her writings have been published in a variety of philosophical journals and edited books, including Philosophy of Science, Philosophical Topics, Synthese, Biology and Philosophy, and Philosophical Studies, as well as scientific venues, such as Biological Theory, Evolution and Development, and the PNAS. Some of her essays are collected in her new book, Science, Evolution, and Politics, 2008.

As well as holding the Maxine and Arnold Tanis Chair of History and Philosophy of Science, she is a Professor of Biology, and holds Adjunct positions in Philosophy and the Center for the Integrated Study of Animal Behavior, and in addition is an Affiliated Faculty Scholar at the Kinsey Institute and Associated Faculty of the Cognitive Science Program.