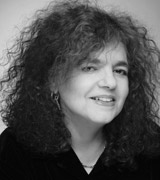 Fedwa Malti-Douglas received her AB from Cornell University and her Ph.D. from UCLA, with additional graduate study at the Ecole des Hautes Etudes en Sciences Sociales in Paris. In her position as The Martha C. Kraft Professor of Humanities and Adjunct Professor of Law in the Indiana University School of Law, she teaches gender studies (including courses on medicine and the body) and cultural legal studies (including courses on privacy and disability).

A former Chercheur at the CNRS in Paris, she was a faculty member at the Salzburg Seminar in Salzburg, Austria, a Resident Fellow at the Bellagio Study and Conference Center on Lake Como, as well as a Senior Fellow at the Society for the Humanities at Cornell University. She has delivered many annual, name, and endowed lectures, been the recipient of numerous grants, and served on various boards (including editorial boards) and visiting committees as well as having been an elected officer of the Board of Directors of the American Council of Learned Societies.

Professor Malti-Douglas was chosen by the Cornell University College of Arts and Sciences as the Annual Distinguished James H. Becker Alumna Lecturer in 1992-1993. After winning the 1997 Kuwait Prize for Arts and Letters, Malti-Douglas went on to receive the 1998 Distinguished Scholar Award from the Office for Women's Affairs and the 2000 Distinguished Faculty Research Lecture Award at Indiana. The Indiana University Student Association had already named her an Outstanding Teacher in 1993-1994. She was elected to the French Soci't' Asiatique in 1975 and to the American Philosophical Society in 2004, only the fourth IU faculty member to receive that distinction.

The author of nine books and coauthor of three more, she has also published over ninety articles (as well as being editor or co-editor of four volumes). Her book Men, Women, and God(s) was chosen as A Centennial Book by the University of California Press (1995) and her The Starr Report Disrobed (Columbia University Press, 2000) was nominated for the Pulitzer Prize. Her co-authored book (with A. Douglas), Arab Comic Strips (Indiana University Press, 1994) was chosen as A Reader's Catalog Selection (one of the Best Books in Print) by The New York Review of Books' Reader's Catalog. Malti-Douglas has also published a novel, Hisland (SUNY Press 1998 and 1999), an academic satire featured in The Chronicle of Higher Education, where Marjorie Perloff called it "one of the funniest academic novels in recent years." Malti-Douglas has been recently appointed Editor-in-Chief of the 4-volume Encyclopedia of Sex and Gender to be published by Macmillan in 2007.

Malti-Douglas's editorial writing has been published in The New York Times and The International Herald Tribune. In addition to being interviewed on numerous radio shows and in newspapers in the United States and abroad, she has been a contributor to NPR's What's the Word? and has also made one-on-one appearances with Lester Holt on MSNBC and with Greta Van Susteren on FOX.