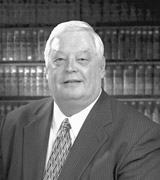 Since he joined the faculty, Professor Jegen taught in the areas of: civil and criminal, federal and state taxation; business and estate planning; and, philanthropy. Further, he gave over 420 bar review tax lectures over a period of 35 years; was a visiting professor at other law schools; and, gave lectures at over 550 professional institutes to lawyers, accountants, representatives of Congress, and to various divisions of the Internal Revenue Service and to the Indiana Department of State Revenue (a total of over 970 lectures in addition to his School of Law lectures).

Professor Jegen was, by appointment of the Commissioner of Internal Revenue, a member of the Commissioner's Advisory Committee (1981-1982) and received nine Certificates of Recognition from the Internal Revenue Service for contributions to the education of Internal Revenue Service personnel (1986 through 1992). Further, due to his contributions to the enactment of ERISA, he attended on Labor Day, 1974, at the invitation of President Ford, the signing of ERISA in the Rose Garden at the White House.

By appointment of five different Indiana governors, he was: a Commissioner of the National Conference on Uniform State Laws for over nine years (1981 through 1989); the first chairman of the board of directors of the Baccalaureate Education System Trust of the State of Indiana (1987 through 1989); and, a member, for over 32 years (1965 through 1997), of the Indiana Corporate Law Survey Commission. He served as Special Counsel to: the Indiana Department of State Revenue (1963 and 1964) and to the Indiana Governor's Commission on Medical Education (1970 and 1971). He also received the following three honorary awards from the State of Indiana: Honorary Secretary of State (1967 and 1980); Honorary State Treasurer (1969); and, Honorary Deputy Attorney General (1968). Further, he has received, from three different Indiana governors, the Sagamore of the Wabash Award for humanity in living, wisdom and counsel, and inspiration and leadership (1980, 1988, and 1997).

Professor Jegen received a Presidential Citation from the Indiana State Bar Association for exceptional contributions and leadership to the profession of law (1971); the first Quality for Indiana Taxpayers, Inc.'s tax award for outstanding dedication to the improvement of tax administration in the State of Indiana (1990); an international award from the Association of Continuing Legal Administrators for Excellence in Continuing Legal Education (1990); and, the Dr. John Morton-Finney, Jr. Excellence in Legal Education Award from the Indianapolis Bar Association (2000). He was a director and officer, for over 25 years (1968 through 1993), of the Indiana Continuing Legal Education Forum; a chairman of the Taxation Section of the Indiana State Bar Association (1968-1969); and, a member of the initial board of directors of Legal Services Organization, Inc. (1966). He was elected as a Fellow of the American Bar Foundation (1980) and as a Life Fellow of the American Bar Foundation (1986), and as a Fellow of the Indianapolis Bar Foundation (2000). His biography regularly appears in such publications as: Indiana Lives; Who's Who In America?; Who's Who Among America's Teachers?; Who's Who In The Midwest?; and, Who's Who In American Law?

Professor Jegen was the author of numerous articles, chapters of books, manuals, and other publications; drafter of many federal and state laws; and, frequent speaker before national and state organizations both inside and outside of the United States. In 2002, he established Professor Jegen's Taxsite (http://www.iupui.edu/~taxsite/), which contained his course materials and comments about the tax laws of the United States of America.