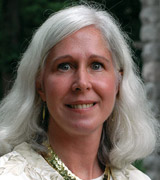 Professor Williams received her B.A. (1982) and J.D. (1985) from Harvard University. She clerked for the Honorable Ruth Bader Ginsburg, who was then sitting on the U.S. Court of Appeals for the District of Columbia Circuit, in 1985-86. She taught at Cornell Law School from 1986 to 1992. She has been a permanent member of the faculty of the Indiana University Maurer School of Law-Bloomington since 1993. She is a member of Phi Beta Kappa and the recipient of the Office for Women's Affairs Distinguished Scholar Award (2000).

Professor Williams has written numerous articles on constitutional law and feminist legal theory. She is presently working on a book on the relationship between feminist theory and the theoretical foundations of freedom of speech. In the past several years, Professor Williams has developed and presented a variety of seminars on feminist legal theory to judges around the country. She is the co-director of the Feminist Curricular Resources Clearinghouse, under the auspices of the Women in Legal Education section of the American Association of Law Schools. Professor Williams teaches Property, First Amendment Law, HIV and the Law, and Feminist Jurisprudence.