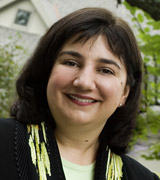 Professor Lederman's research focuses on federal income taxation of individuals and corporations, tax compliance, and tax controversies and litigation. She is co-author of a casebook on federal tax controversies, has written a student guide to corporate taxation, served as general editor of a treatise on tax procedure, and has written numerous articles on tax law and policy. She presents her work frequently at conferences and colloquia. Professor Lederman is also active in the Tax Section of the American Bar Association, where she is Chair of the Teaching Taxation Committee and an Associate Editor of the Section's NewsQuarterly.