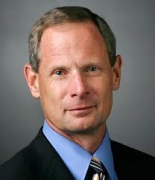 He oversaw the development of the successful online enterprises TampaBay.com and PolitiFact.com. PolitiFact.com is known nationally for examining the truthfulness of political statements and campaign promises. It was awarded the 2009 Pulitzer Prize for national reporting. He also serves on the boards of the Pulitzer Prizes, the Associated Press and the Newspaper Association of America.