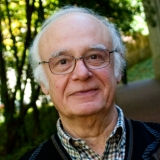 Professor Popkin is a nationally recognized scholar in tax and legislation. His Fundamentals of Federal Income Tax Law and Materials on Legislation: Political Language and the Political Process are widely used texts in the nation's law schools. He was awarded the Indiana Law's first named professorship for his excellence in research.


Popkin has taught for the school's London Program, and has been a visiting professor at Yale Law School, the Southern California Law Center, the University of Virginia, and Hangzhou University in China. He teaches courses in income taxation, corporate taxation, legislation, and tax policy.

An influential leader in the university, Popkin has chaired many major committees and served as the associate dean of the Law School.