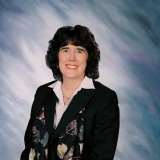 Before coming to IU, Professor Draucker was a Distinguished Professor at the Kent State University College of Nursing. Her research has focused on childhood sexual abuse, partner violence, teen dating violence, and adolescent depression. The aim of her research is to develop theoretical models that describe how men and women heal from interpersonal violence. She has received funding from the National Institutes of Health, the Centers for Disease Control and Prevention, the Ohio Department of Mental Health, and private foundations. Professor Draucker has disseminated her work extensively in nursing and interdisciplinary healthcare journals and authored a book titled Counseling Survivors of Childhood Sexual Abuse, a volume in the Sage Counseling in Practice Series. Professor Draucker is an expert on the use of narrative approaches in nursing research.

Professor Draucker was inducted into the American Academy of Nursing in 2011.