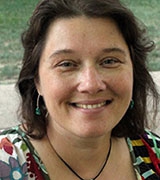 Maria Bucur is the John V. Hill Professor of East European History and Gender Studies in the College of Arts and Sciences at Indiana University, Bloomington. She received her Ph.D. from University of Illinois, Champaign-Urbana, in 1996. Her teaching and research focus on the gender analysis of the recent past in Eastern Europe, with a focus on Romania and gender, and thematically ranging from questions of war and memory to the history of eugenics and sexual violence. Her recent publications include Gendering Modernism. A Historical Reappraisal of the Canon (2017), The Century of Women: How Women Have Changed the World since 1900 (2018), and The Birth of Democratic Citizenship: Women in Modern Romania, with Mihaela Miroiu (2018).