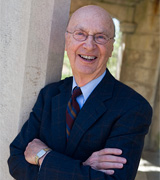 During his undergraduate career at Purdue, Mack was the baseball manager and was active in the P-Man's Club and Alpha Tau Omega fraternity. After graduating from IU, Mack went on to hold several key executive positions for banks across the Midwest including the Harris Trust & Savings Bank (1958-1968) and the Continental Illinois Bank (1968-1971). Mack was the executive director of the Bayh for President Campaign Committee, and then chief of staff to United States Senator Birch Bayh from 1971 to 1979. He became chairman of the National Credit Union Administration Board (1979-1987) followed by president of AARP Federal Credit Union (1987-1990). He is the owner of Mack Farms in Illinois, and ever the student, Mack continued to earn academic credentials throughout his career from Washington University, the University of Wisconsin, and the Program for Senior Managers in Government at Harvard University. He has also taught management courses at DePaul University and the American Institute of Banking.

Mack holds a long record of service to Indiana University including: board of trustees (1992-1998) serving as vice-chairman of the Presidential Search Committee, chairman of the Joint Committee on Learning, member of the Supervisory Committee; chairman of the board of directors of the IU Credit Union; member of the Hoosiers for Higher Education Steering Committee; board member of Clarian Health Partners (now IU Health); first chairman of the national board of visitors for the Center on Philanthropy (now the Lilly Family School of Philanthropy); member of the Kelley School of Business Dean's Council; member of the IU Foundation Board of Directors; board of advisors at IUPUI, IU Southeast, and IU South Bend. In 2003, Mack endowed the formation of the Mack Center for Inquiry in Teaching and Learning at Indiana University, and in 2007 he established a fellowship to assist students pursing doctoral degrees at the Center on Philanthropy. In 2017, he endowed the Jon Vickers Film Scoring Award, to be awarded annually through a film scoring competition at the Jacobs School of Music.

Mack has received many awards and honors for his service to the state and the university. In 1999, FACET initiated the P.A. Mack Award for Distinguished Service to Teaching, Mack being the first to receive the award. In 2008, he was named an honorary member of the Alliance of Distinguished and Titled Professors, and the Henry R. Besch Jr. Promotion of Excellence Award. He was twice named a Sagamore of the Wabash (1993 and 2004). He has also received the Spirit of Philanthropy Award from the Center on Philanthropy (2008) followed by the Partners in Philanthropy Keystone Award in 2010.

Mack received the IU Bicentennial Medal in September 2019 in recognition of his distinguished service to the Indiana University Board of Trustees.